How do I pull out from a table, the total mean of one item based on a particular condition (for several subjects), and then compute the difference in mean values?

⋮
Dave, of the similar functions grpstats(), groupsummary(), and splitapply() which would you use when? It seems they all can get the stats of groups. 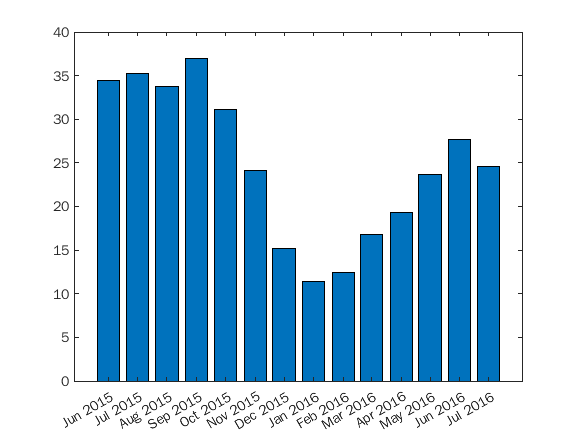 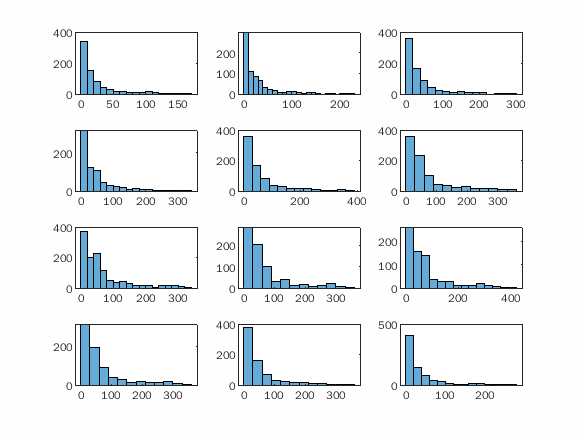 ⋮
Yeah, this (relatively) recent penchant to introduce so many (almost) overlapping functionalities in common toolboxes or even in base product is maddening in causing so much overhead and bloat in the dictionary space; much of which then ends up being deprecated but never going away. The early incarnation of the table as the Statistics TB dataset and its implementation of a different categorical class is a prime example.
While such were indeed needed, it would have been far better for the TB and the base product to have been integrated together even if it meant delaying some TB functionality for a while.
The seeming lack of an overall comprehensive design and direction is becoming a real issue in my mind; the disparate user interfaces and inconsistencies continue to multiply.
$0.02, imo, ymmv, etc., etc., ...

⋮
This worked beautifully! Thank you so much for this answer and the additional information and explanations!

dpb on 22 Oct 2021
⋮
tMEANS=rowfun(@mean,tData,'GroupingVariables'{'ConditionZ'},'InputVariables','ItemA','OutputVariableNames','GroupedMeans');
See the doc for all the skinny on grouping variables and rowfun and friends...you might also find groupsummary of interest.