aurc89 on 31 Mar 2020
⋮
Commented: aurc89 on 31 Mar 2020
Accepted Answer: Mehmed Saad
I have a question concerning the plot with imagesc. I have a variable a which is a struct, made of data and the first line of letters (each letter denotes a column), as shown in the figure on the left.
To plot this, I extract the data from the struct a (dat=a.data) and I use the function imagesc (imagesc(dat)), obtaining the figure on the rigth.
I would like to add the letters as shown in the figure (A,B,C), in order to label the data. These letters should be read directly from the line of the .txt file.
How can I do this? 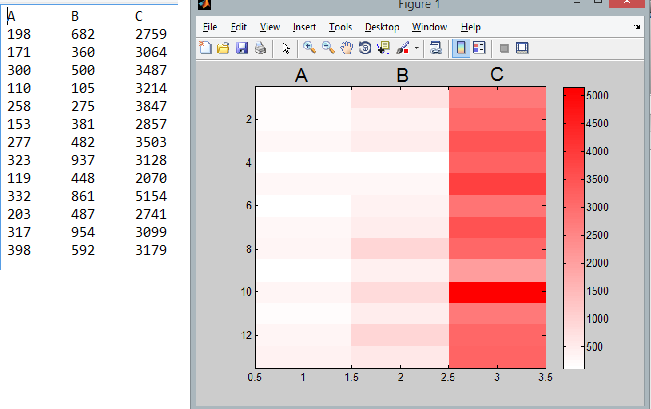 ⋮
It gives error in line
mina= min(v.Children.XLim)
Maybe it's due to my Matlab version (R2014a) ?

⋮
It works! Thanks!