BluePoseidon1643 on 7 Apr 2020
⋮
Answered: Khoo Yit Phang on 17 Jul 2020 at 16:23
I have been working on a semantic image segmentation project for awhile, specifically Justin Pinkney's Deep Sudoku Solver. I have just started using the new deep learning Experiment Manager on Matlab 2020a to facilitate analyzing the network response based on changing various parameters. I have read the documentation page on it and I have run through most of the examples, like the "Sweep hyperparameters to train a Classification Network" or "Sweep hyperparameters to train a Regression Network".
When I try to train a DeepLabV3+ network with a MobileNetV2 backbone using the Experiment Manager, I get an error saying there needs to be at least one classification or regression layer in the Layer Graph object. However, I know that the last layer in Matlab's implementation of the DeepLabV3+ net is a 'pixelclassificationlayer', so is the Experiment Manager simply not capable of accepting that yet? Since the Experiment Manager is new, is it temporarily restricted to accepting pure classification and regression networks, with more general functionality coming in the future? I couldn't find any semantic segmentation or object detection examples that incorporate the experiment manager so I assume either they were deemed superfluous or maybe the experiment manager is not yet compatible with some output layers. Is there any way to add this functionality myself? For reference, I have Matlab 2020a for academic use with all toolboxes installed. I have also added a live script that will replicate the error. It's close to a drop-in replacement for the Transfer Learning with Flowers experiment, just remove all the NetworkName parameters except for resnet18 and add mobilenetv2 in the experiment manager's hyperparameter table. Here's the error: 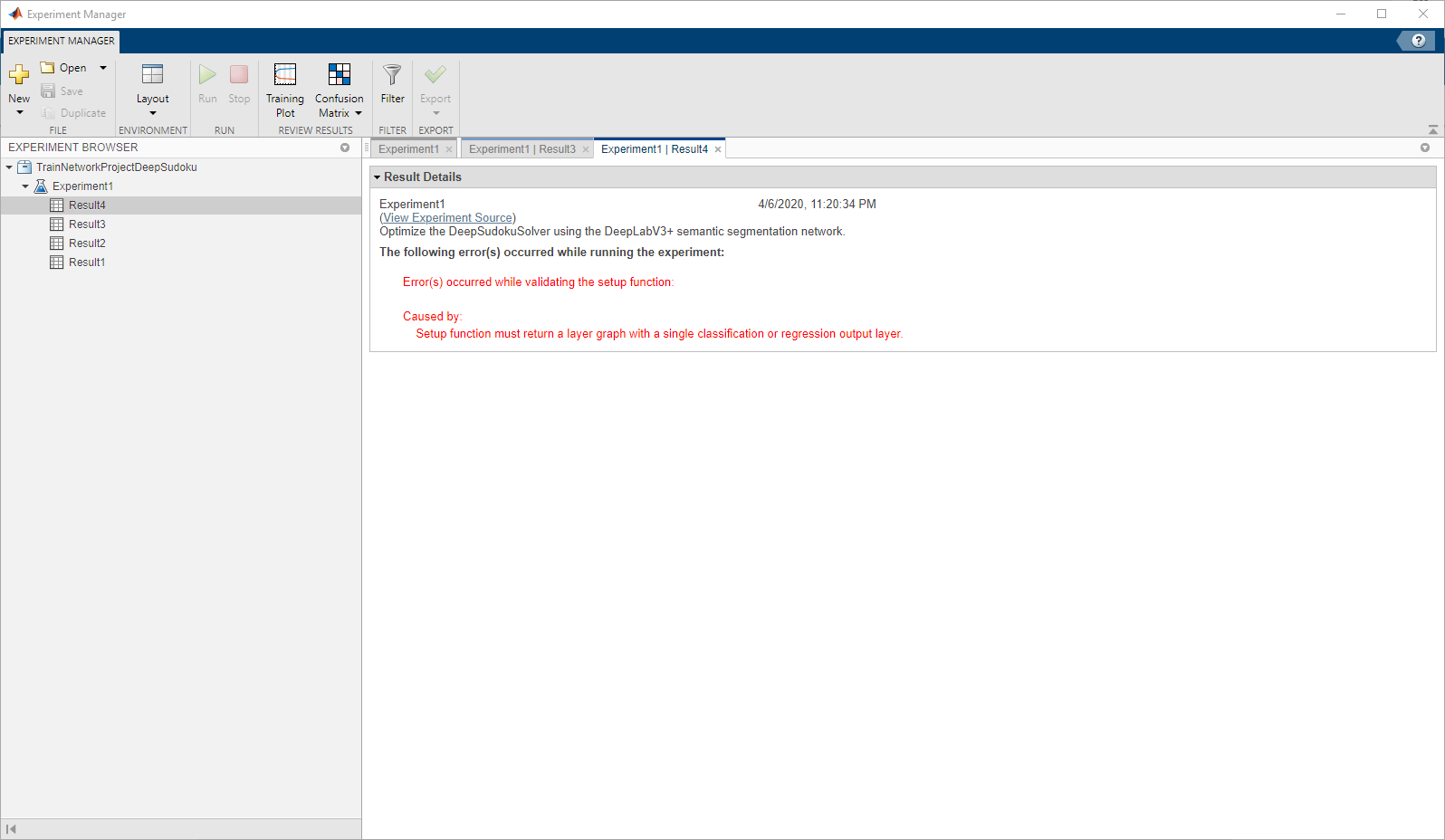 ⋮
Same problem... I suspect that is is not available yet in the experiment manager. post the answer if you find it please.

Khoo Yit Phang on 17 Jul 2020 at 16:23
⋮
In 20a, Experiment Manager only supports classification or regression networks, however, we will be lifting this restriction in 20b.