Plot Multiple Functions in a single call to fplot 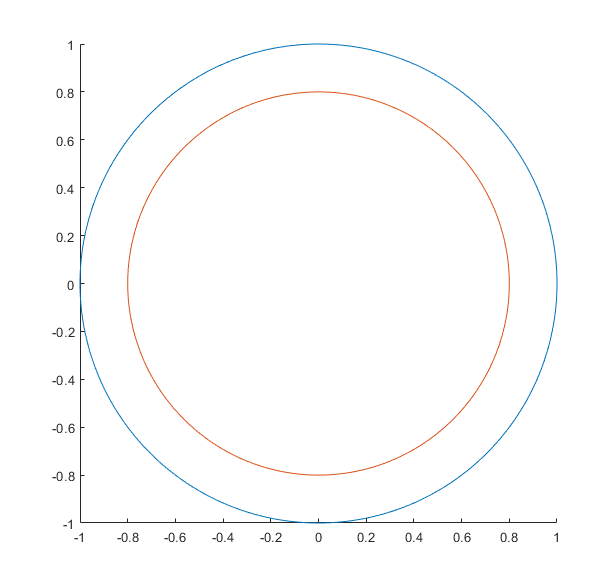 Walter Roberson on 4 Jun 2020
⋮
fplot() operates in different modes:
I think it would be a reasonable enhancement if Mathworks were to permit x and y to both be symbolic and compatible size, but it is not implemented at this time.
I do not think this is likely for the function handle case to be changed, because it is quite common that people ask to fplot function handles that are not vectorized, and that must be automatically detected. However, I could imagine that potentially Mathworks could add an 'arrayvalued' option.
That could possibly be a bit tricky, as the changes would need to fit in with the automatic detection of discontinuities, and that detection only expects one function at a time (if I recall correctly.)
You could make a local copy of fplot.m and of private/countvars.m from toolbox/matlab/graphics/function/ and edit away.
I would suggest to you, however, that it would make more sense to write a small wrapper routine that accepted cell arrays of function handles and ran fplot() as many times as needed with "hold on" set.

⋮
Thank you for your advice as always, I am grateful to hear your viewpoint.