How to tune variables during external mode?

Xiaojie Qiu on 10 Nov 2017
⋮
Commented: Xiaojie Qiu on 13 Nov 2017
Accepted Answer: Birdman
Hello everyone,
I want to determine which value a variable should be set for my motor control algrithm, so I try to tune the value of this variable with the help of Simulink external mode.
But during running, only such kind of variables are allowed to be tuned, when their values are explicitly displayed in the block.
For instance,
1) When the Constant value of the Constant block is set to 1. So it can be tuned during the mode. 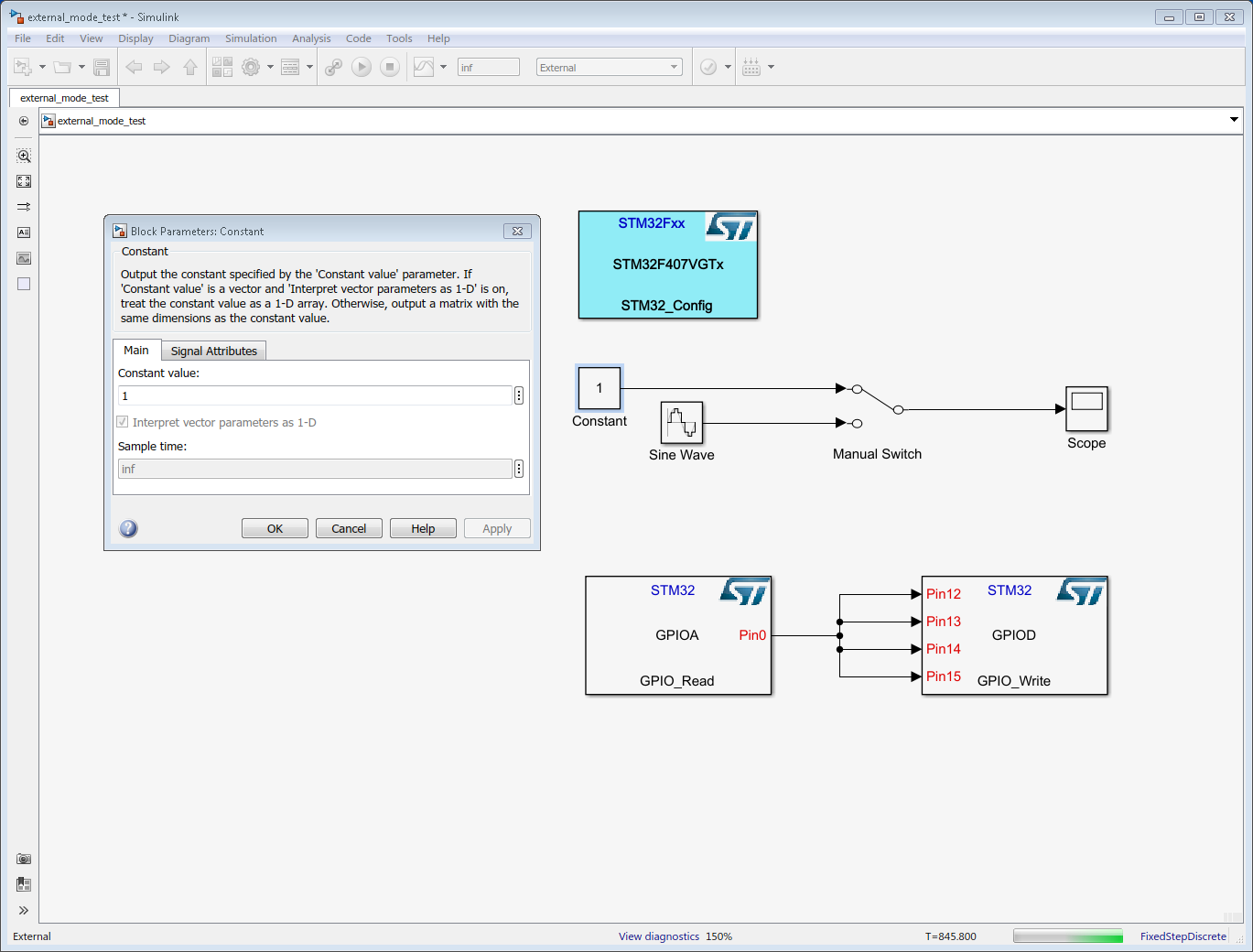 2) When the Constant value of this block is set to C (my variable), however, it can not be tuned anymore.

Since there are many variables in the model, I don't find it's a wise way to replace all of them with their own values explicitly. So I tried to change its value in command window. Although according to the workspace a new value is assigned to the variable, but nothing changed in the Simulink model.
Is there anyone who can give me some advise?
Thank you!

⋮
Hello cvklpstunc,
Thank you very much! But I found a better way to tune parameters during external mode.
Method 1): In command window, assign a new value to the parameter that you want to tune and then click Simulation > Update Diagram (Ctrl + D) to let your simulink model evaluate its parameter value again.
Method 2): Programatically tuning parameters using a script. Fisrtly, all parameters to be tuned are defined in a script. Secondly, add this command set_param('ModelName', 'SimulationCommand', 'update') at the end of the script in order to update the diagram instead of doing it manually.
Please check the following documents for more information:
Signal Monitoring and Parameter Tuning with External Mode
How to programatically send Update Diagram command to Simulink
What does it mean to 'Update Diagram' in Simulink?
Best regards,
Xiaojie Qiu