Guanwei Zeng on 17 Mar 2021
⋮
Commented: Guanwei Zeng on 25 Mar 2021
Accepted Answer: Joel Van Sickel
Hello everyone,
I'm a student and quite new to Simulink. I download the Example(https://www.mathworks.com/help/releases/R2020a/aeroblks/Electrical-Component-Analysis-Hybrid-and-Electric-Aircraft.html)(Matlab command:asbHybridAircraftStart) and try to repalace the DC battery with a Fuel Cell which I developed. 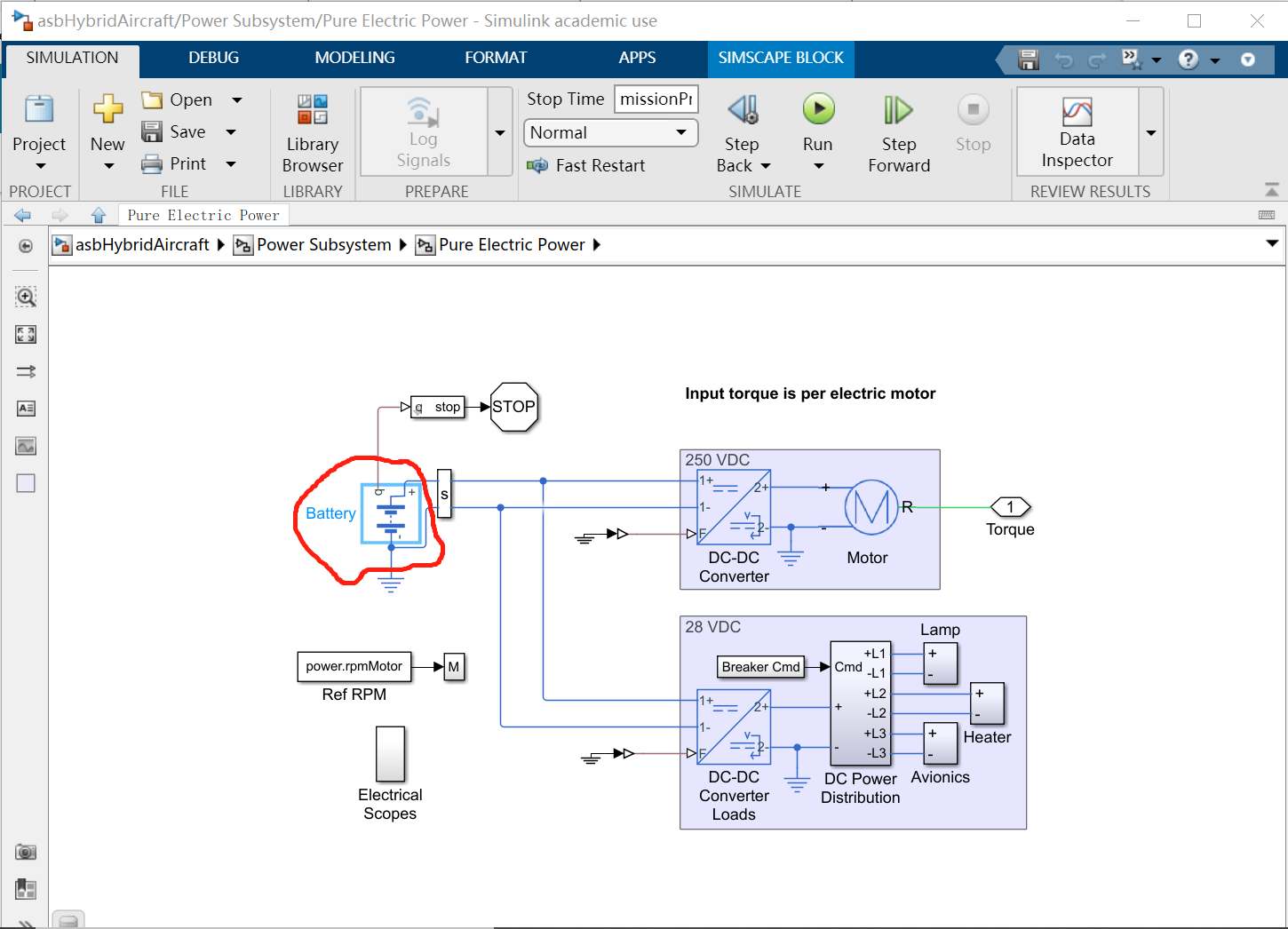 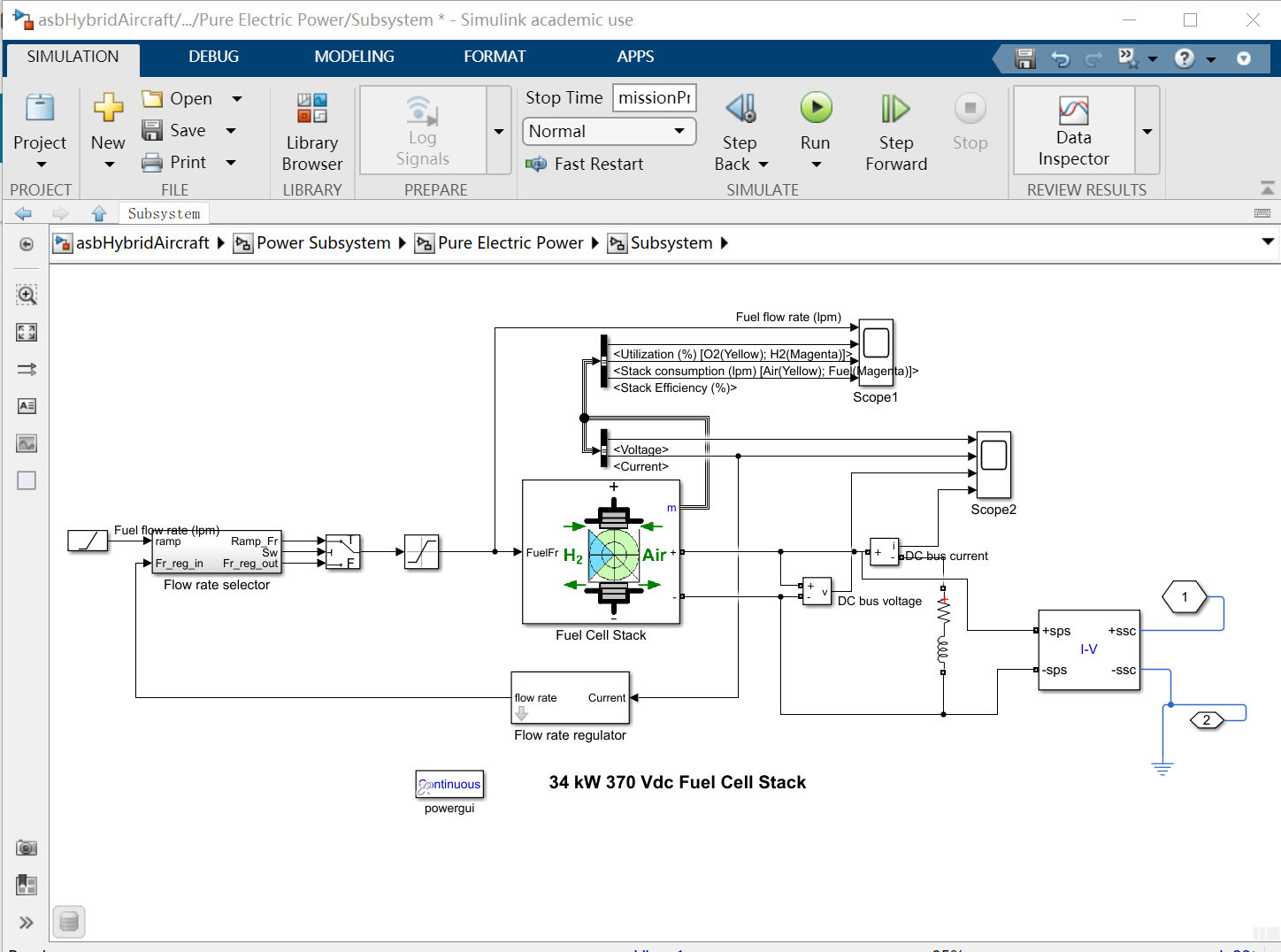 The two parts can both run respectively and achieve the target. However, after I replace the battery(the parameters of Fuel Cell Stack has been adjusted to be the same with the battery), the error pop up. I don't know whether it's because I used the Current-Voltage Simscape Interface. 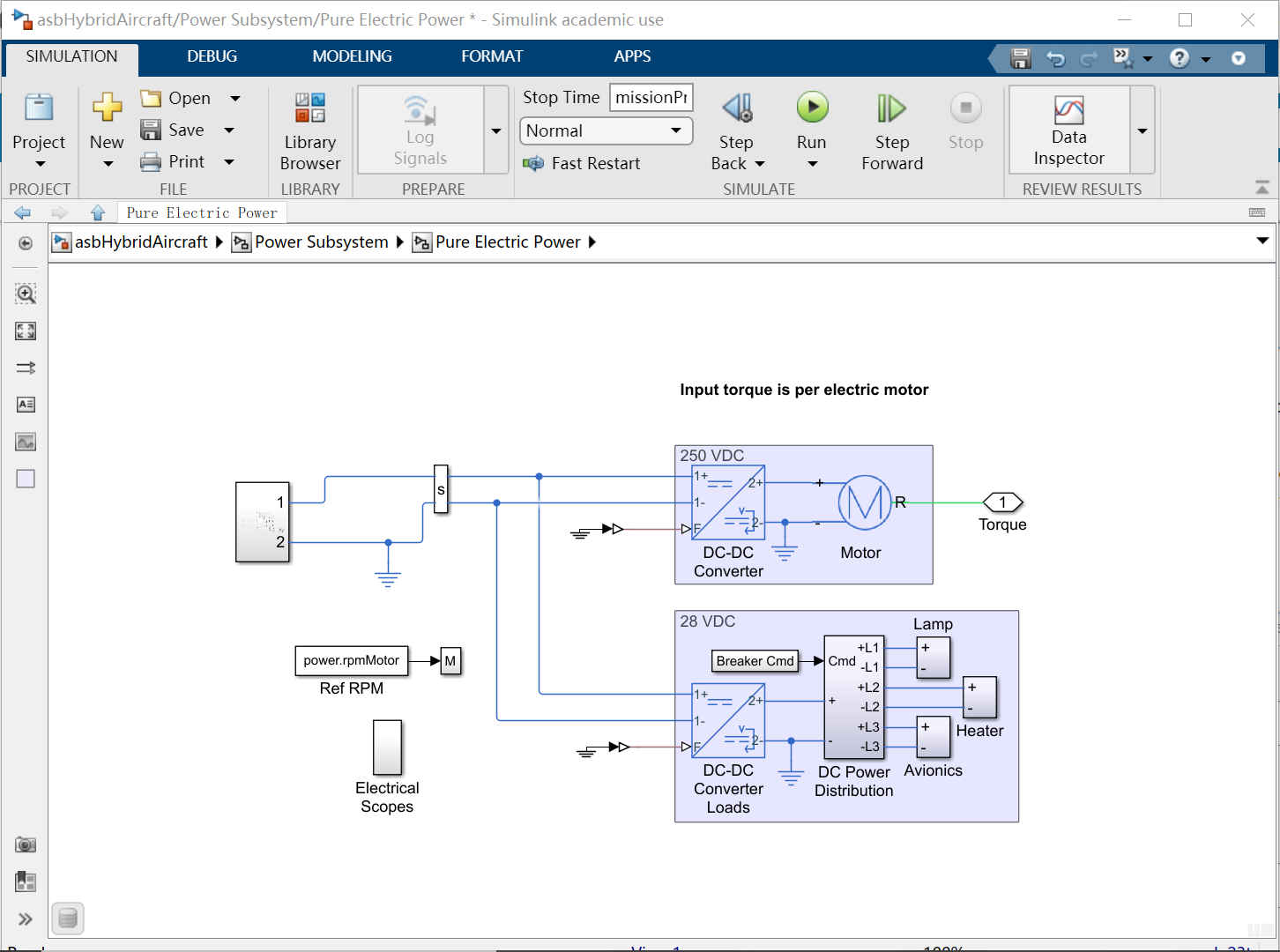 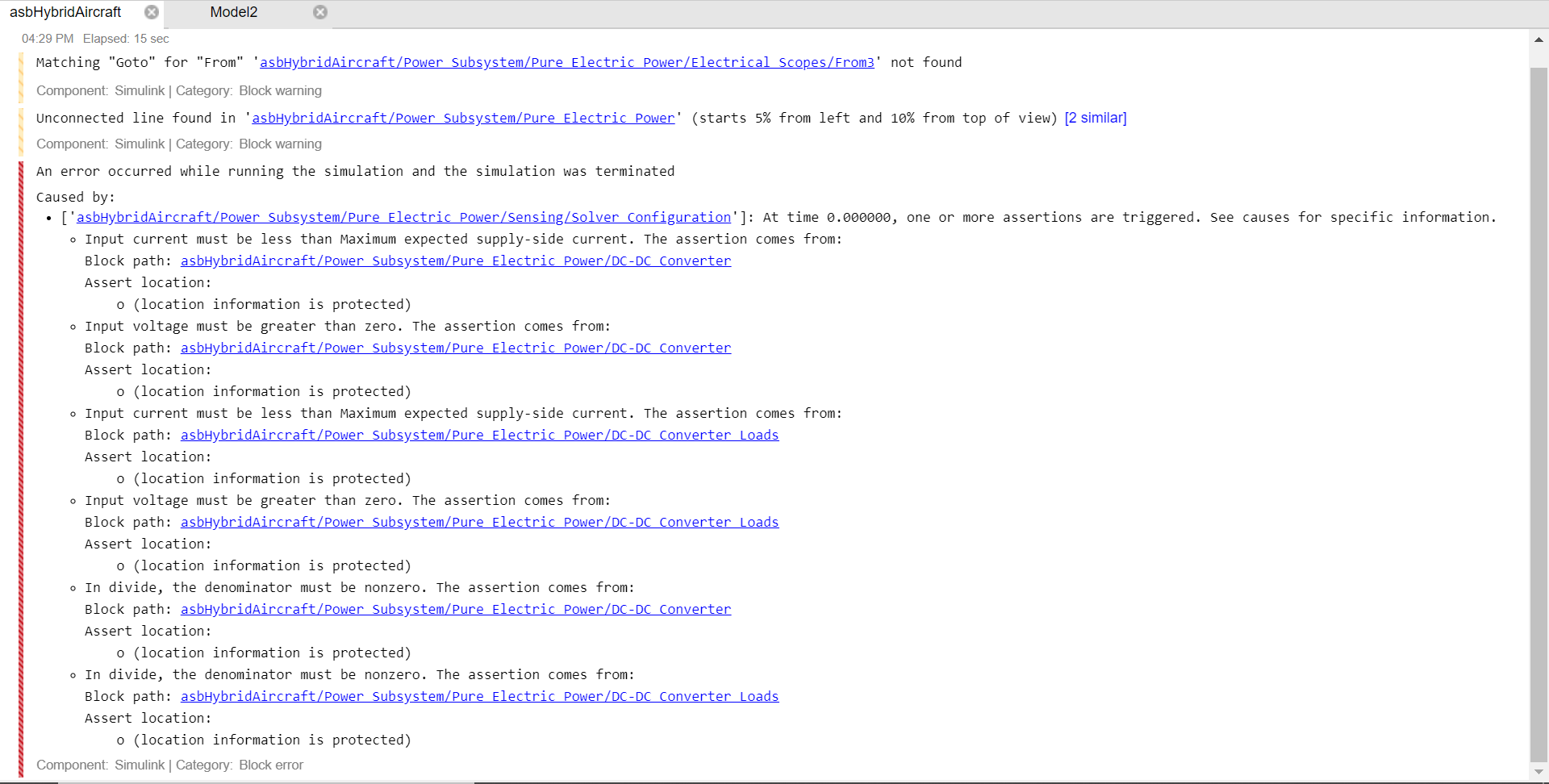 The Fuel Cell model has been attached and the Matla command of the example has been mentioned above. I am freaking out and really hope someone can solve this problem.
Thanks.

Joel Van Sickel on 23 Mar 2021
⋮
Hello,
the main issue is the parameterization of the dc-dc power supply. You can see by the error messages what the specific issues are. You can try increasing the load side current. You can also add a capacitor to the output and input of the dc/dc converter, and initialize those capacitors to the correct voltages. This is on the variables tab.
In general, it is quite challenging to combine specialized power systems and simscape models, especially if you are new to the tools. I would recommend using one or the other. If you want a simscape fuel cell, look here: https://www.mathworks.com/help/physmod/sps/ref/fuelcell.html?searchHighlight=fuel%20cell&s_tid=srchtitle.
Otherwise, It can be good to try and experiment with the different connection options. You can also try adding snubber resistors to both sides of the connection points between the two models to see if that helps (large resistors that take 1% of the expected load).
Another option is that you can build the whole system in specialized power systems.
Regards,
Joel

⋮
Thank you. I replaced the interface with a controlled voltage source, then it worked. The Simscape Fuel Cell you mentioned is significant. I'll try this in the next step of my research. Again, thank you for your helpful answer