How to include Simulink directories within a compiled app using App Designer?

Liam Vanderschaaf on 11 Jan 2022
⋮
Edited: Liam Vanderschaaf on 11 Jan 2022
I am working on compiling an app that runs a simulink model on a target computer. The app runs fine from within app designer. However, we would like to compile the app into a standalone application that can be run by simply clicking an icon on the desktop.
I have been running across the error shown in the below picture and am unsure how to solve the problem. 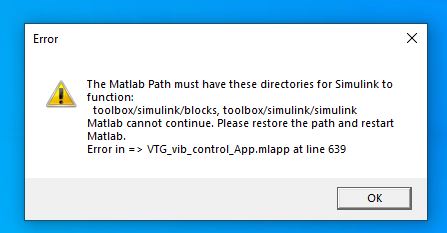 I tried using the "addpath" command. However, modifying the search path is apparently not supported by Matlab Compiler.
I also tried adding the relevant folders shown in the error message to the application by including them in the "Files required for your application to run". The "toolbox/simulink/simulink" folder could not be read for some reason and the inclusion of the "toolbox/simulink/blocks" had no affect on the resulting error message.
Finally I tried including dir("C:\...\toolbox\simulink\...") within the app code's set up function (line 639 of the app's code executes the set up function and the set up function attempts to access the simulink model). This also had no effect.
Any suggestions? Thank you for your time