How to prevent contour plot from setting axis limits?

Ethan Narad on 13 Jan 2022
⋮
Commented: Dave B on 13 Jan 2022
Accepted Answer: Dave B
I'm trying to add a contour plot over a regular plot on the same axes. It almost works, but every time I add the contour plot to the figure, it overrides the axis size. This is done within the app editor, but I had the same problem in regular Matlab. As far as I can tell, the problem is that there is something inherent to the Contour command that crops the axes to the available data, which in my case makes it harder to see what's on the plot.
Is there some way to force a contour plot to exist on a larger canvas than its data fills? 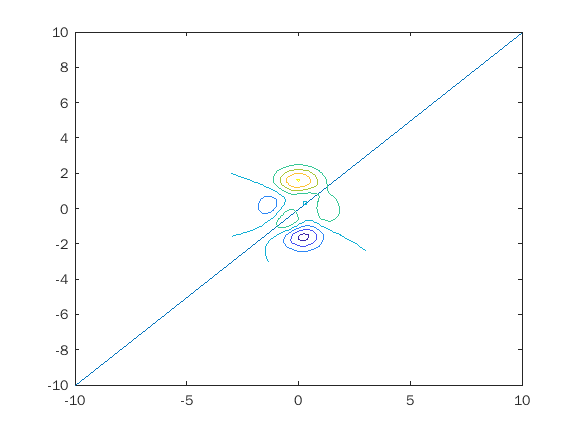 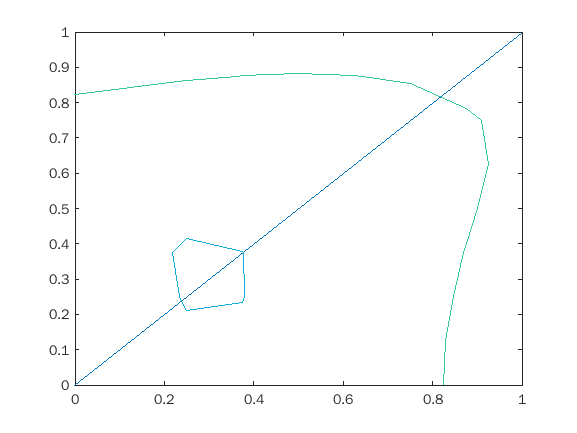 ⋮
Hi Dave!
I should've clarified, adding more data will cause the axes to stretch to fit the data when there's a contour on the plot, as shown in your first plot.
I tried hold on, manually resetting the axis limits, and using the size restriction on the axes. I would've included code but it's split across several functions.
However, I was able to exploit the process of adding more data by saving the original axis size and adding a single white datapoint proportional to the original aspect ratio, so when the contour (or whatever is causing) re-sizes the plot, it crops it to my new fake datapoint and effectively (though jankily) solves the problem.

⋮
I'm glad it's all worked out. I'm just dropping a note to clarify the rules, because I know it can be a little confusing and also because I don't want you to have to rely on something that you feel is janky!
Whew - limit selection is complicated, it's one of those things that most of the time you can just take for granted, because (I hope) we do a pretty good job with the majority of cases via our default automatic behavior. But sometimes when you want something a little more particular the can of worms starts to open up! Don't even get me started on how we pick where the ticks go...