Label 0 in a semilog plot 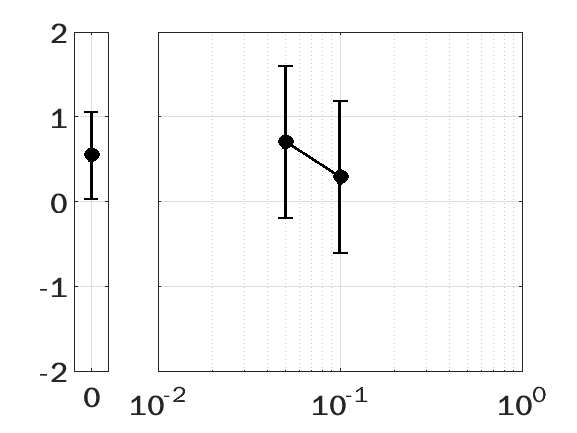 ⋮
Thank you very much, this worked almost perfectly! I managed to adapt the code to my case (which involves more plots) but when I maximize the window to take some screenshots (or save) the width of the tiny tile (i.e. the 0 label) becomes larger. Is there a way to fix its width? I am looking for something here (https://www.mathworks.com/help/matlab/ref/matlab.graphics.layout.tiledchartlayout-properties.html#mw_51ed3abc-ae3e-426f-a436-854f7e978e33) but cannot find what I need. I attached a picture of my final result so far.

⋮
Ran in:
In general the tile's size is proportional to the width of the layout...you can fix the width of the layout but not of the relative width of the tile to the layout (in my code snippet is was 1/6 because the layout was 6 tiles wide and the left axes had a span of 1 tile).
There's actually, semi-coincidentally, a nice little workaround that will prevent the left axes from getting too big. TiledChartLayout objects have 'outer tiles' which do scale but are clamped so they never get too big. Here's how to use them (I'm skipping the plotting bits, they'll be the same as what you had before, but here I named the axes mainax and sideax instead of ax1 and ax2...just for some clarity):
t=tiledlayout(1,1);
mainax=nexttile;
sideax=axes('Parent',t);
sideax.Layout.Tile='west'; 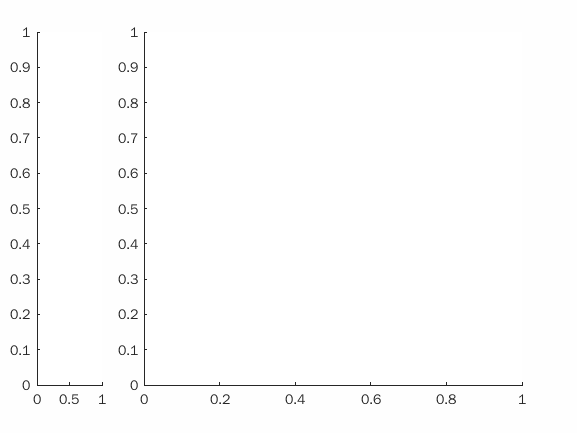 The alternative would be to manage your own layout (i.e. create axes and set positions and skip the TiledChartLayout), but that can be pretty painful...it's why we created tiledlayout and nexttile!
Let me know if that helps, I think I sortof got your issue but I might have missed the mark. Also you might find exportgraphics/copygraphics give you better results than screenshots.

⋮
I managed to use those commands but the plot became a bit messy and the width reduction was not worth it. Still, I can simply choose the width I desire by manually adjusting the windows figure screen. Thank you either way, and for the exportgraphics command information, though I typically use print.