Fernando on 8 Sep 2022
⋮
Commented: Fernando on 8 Sep 2022
Accepted Answer: Akira Agata
I have a variable that contains four columns. The first column has increment integers from 0 to 50. The fourth column has some random numbers.
Every number in the fourth column is associated with a number from the first column.
For example, 6.9119 is associated with 0 and -10.6901 to 1. 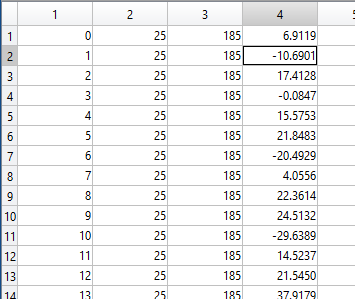 Now I have another variable where the first column has some integers.
These numbers are also between 0 and 50, but numbers might be repetitive in some rows. 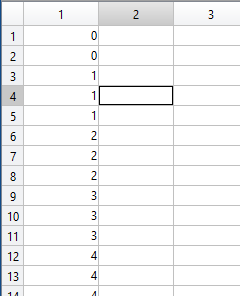 ⋮
Thank you for your quick and detailed response.