MATLAB_Soldier on 21 Sep 2022
⋮
Moved: Bruno Luong on 21 Sep 2022
Accepted Answer: Matt J
Hi Everyone,
I have a set of XYZ data that forms the following plot (surface, not in this case) below.I would like to extrapolate this slightly outside of the region on the X axis, at 2000. 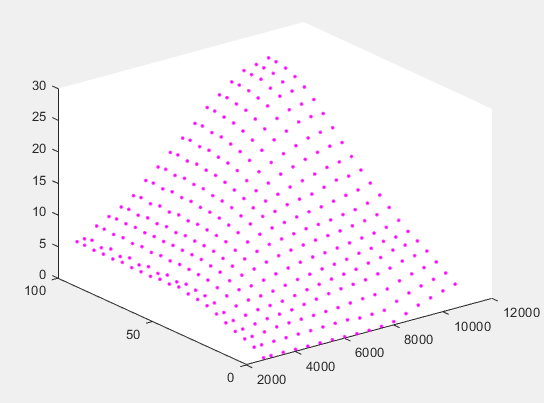 ⋮
Would you be able to attach your data for investigation?

⋮
Edited: Matt J on 21 Sep 2022
In what way is the result not ideal? What would the ideal values be?
Also, based on your plot, your data looks like it is gridded, so why are you using scatteredInterpolant instead of griddedInterpolant?

⋮
Edited: MATLAB_Soldier on 21 Sep 2022
See data attached. Columns are in the following order X,Y and Z.
The results are off, because I would expect values around 5 or lower. As you can see, the extrapolated values range between, 534 and -219.

⋮
Edited: KSSV on 21 Sep 2022
Extrapolation cannot be trusted. You specify the method as nearest.

⋮
Nearest method gives poor results. It is very unrealistic. Look at the plot below, values extrapolated to 2000. 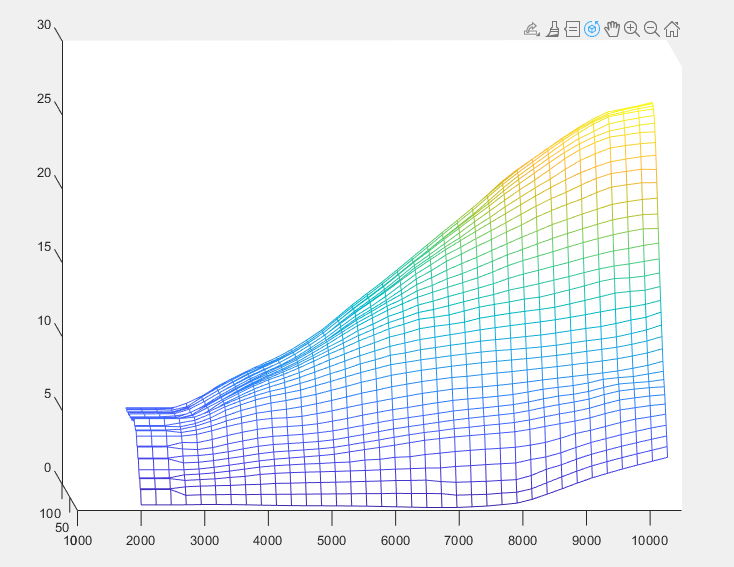 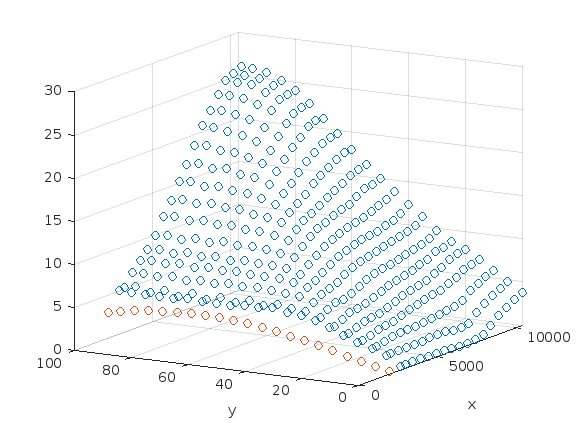 ⋮
Moved: Bruno Luong on 21 Sep 2022
Thank you very much for your help guys and for the excellent explanation Walter Robinson.

Walter Roberson on 21 Sep 2022
⋮
scatteredInterpolant() does not do any kind of surface fitting. The default fitting option that it uses, the one you are getting, is 'linear'. A Delaunay triangulation is done, nearest points on the triangulation found, linear interpolation is done.
Depending on the input coordiantes and the query coordinates, it is not uncommon for the nearest point in the triangulation to be different than expected. It is common for large triangles in Z to be created that cross a lot of the surface. The range of Z values in your surface is small compared to the range of X values.
Near the edge of the surface, extrapolating outside... the interior behaviour of the surface can become pretty much irrelevant. If you do not end up with one of those large spanning triangles just mentioned, if you end up querying against a more local series of triangles, then the rest of the surface might as well not exist. And that implies that small differences in Z values near the outside edge can get magnified to large differences when you query a distance away. For example if you are querying against a couple of surface points that differ by 1/2 in Z coordinates, and you are querying 1000 units away, then by linear interpolation the predicted Z difference would be 500, even though that is much larger than any of the input Z values.
If you could rewrite in terms of griddedInterpolant (since you pretty much have a grid of X and Y) then you would be able to use 'spline' or 'pchip' interpolant. 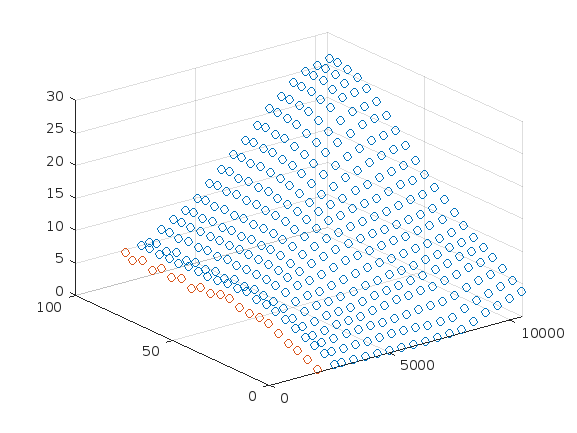