how to avoid getting 0 overlap on the pie chart? 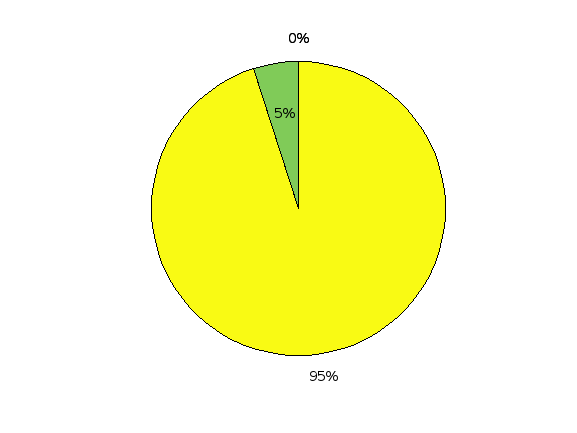 Geoff Hayes on 25 Sep 2022
⋮
@muhammad choudhry - since T is the array of handles to your text objects, you could just iterate through this array and hide those that correspond to '0%'. For example,
for k=1:length(T)
if strcmp(T(k).String, '0%')
T(k).Visible = 'off';
end
end
would hide those labels (if I understand your question correctly). 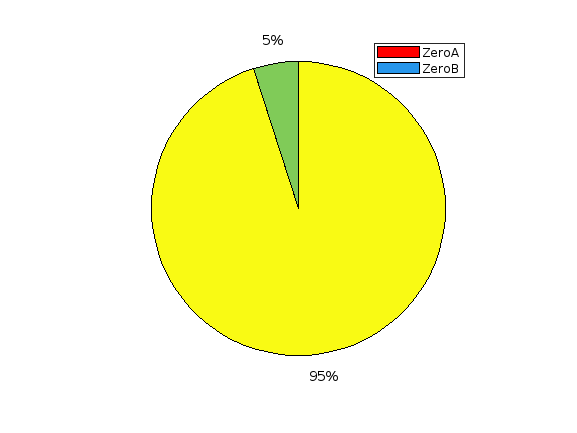 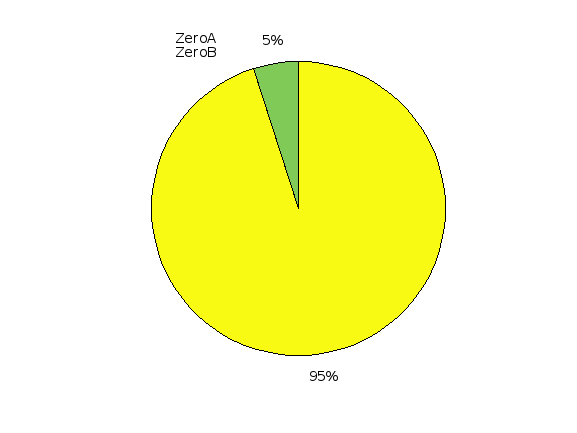 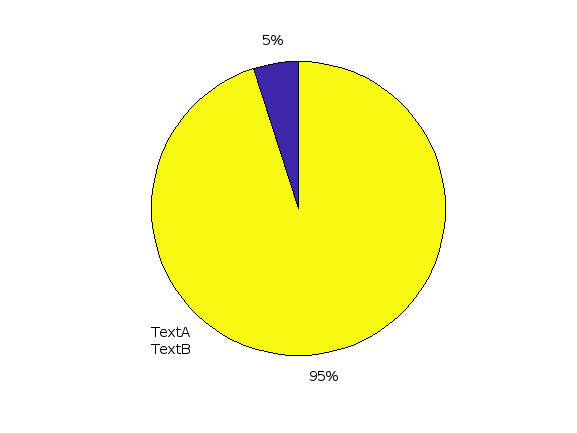 You can write additional text at will outside the use of the pie chart entirely. (HINT: I determined the x,y positions there by first having done
hAx=gca;xlim,ylim
ans = 1×2
-1.2000 1.2000
ans = 1×2
-1.2000 1.2000
to see what the range of the axes limits is by default with a pie chart to have an idea where to put them out of the way, by on the visible area.)
So, the question not given is what do the zeros correspond to and what's to be written/displayed regarding them?
Various choices; "salt to suit" how want to deal with...