farah on 14 Oct 2016
⋮
Edited: Raul on 13 Nov 2018
Hi, how to convert the data in array to time second after decompose 1-D in wavelet transform? Really need your help.

Wayne King on 14 Oct 2016
⋮
Hi Farah, there are multiple varieties of 1-D wavelet transform. There is the redundant variety like MODWT where there are as many coefficients as the original data at each level. In this case the time stamp of the coefficients are the same as the data.
In the critically sampled DWT (wavedec), the coefficients are spaced in time proportional to the level.
Can you give a concrete example of which wavelet transform you are trying to use? It would be helpful to give us a sample signal and the sampling rate of the original signal. 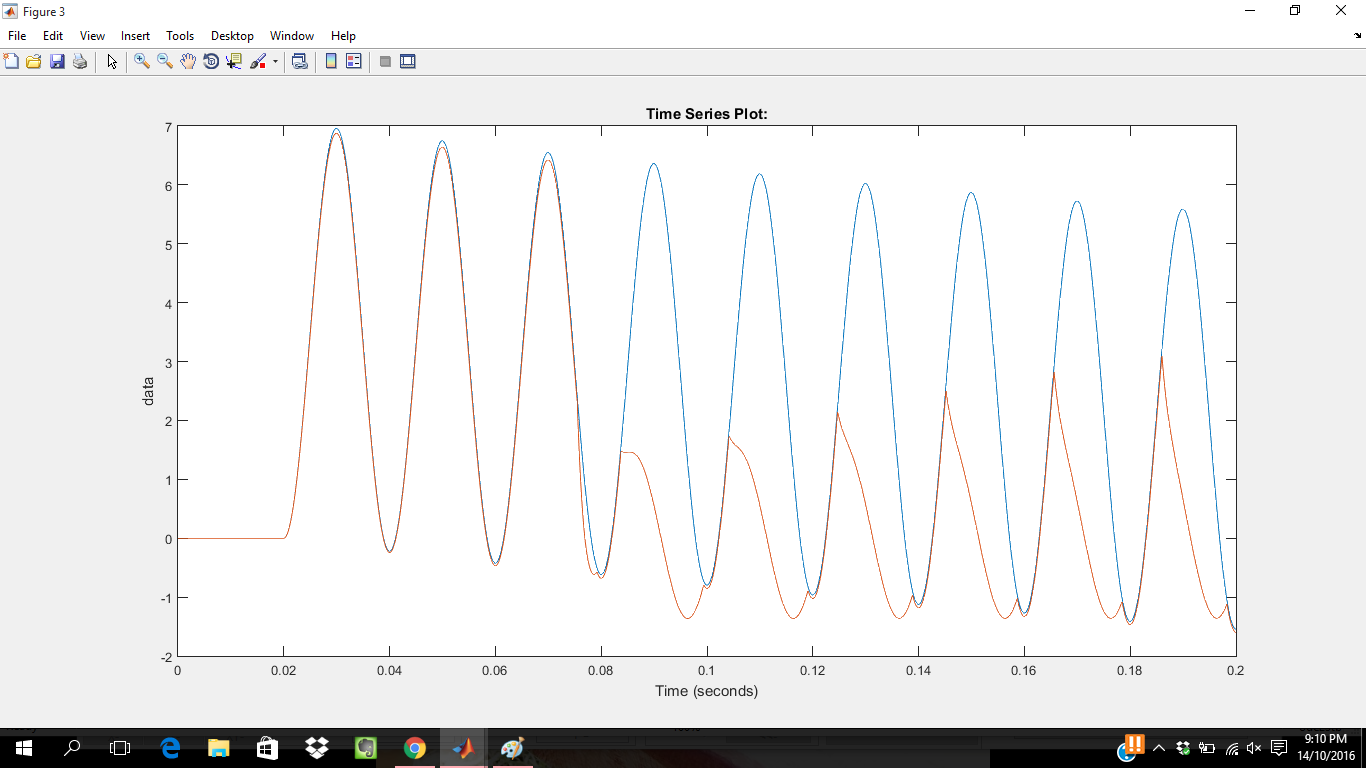 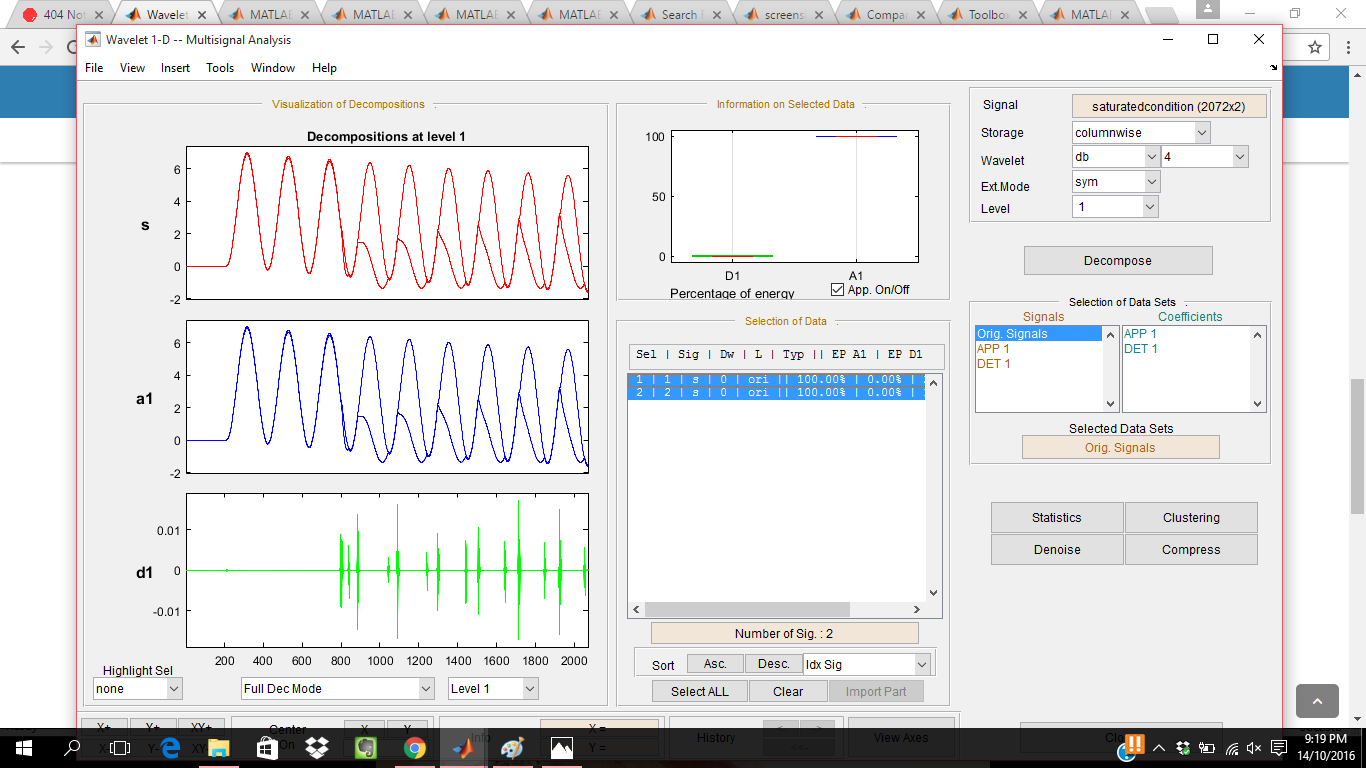 ⋮
Thanks Farah, this is helpful. Do you mind attaching this time series? That would help a lot, thanks

⋮
Hi Wayne. I want the detail coefficient (d1) in time series as similar to the scale of original signal. As you can see (second image of third row) the d1 is decompose in array data sample. So how ya to get in time scale? I didnt get the time series yet of d1. In my first image is in time series. Did wavelet transform can decompose by import data workspace using format time series instead of array?

⋮
Edited: Raul on 13 Nov 2018
Hello Wayne, Farah
Could you please clarify if you wrer able to import the signal in the wvalet toolbox using the actual tiem and not the "array data"..Is this a potential option?
Thanks
Raul