MK on 5 Mar 2017
⋮
Commented: MK on 12 Mar 2017
Accepted Answer: Rahul Kalampattel
I have an MxN matrix Z after some processing, and wanted to retrieve the surface normals (as well as view it on a plot)
I've tried surfnorm(Z), but since it had looked pretty messy I thought of simply using quiver3, with the surface normals from the return value of surfnorm. Since the documentation states that quiver3(x,y,z,u,v,n) usage is such that the (u, v, n) vectors would be at location(x,y,z), I tried the following:
% I checked that surf(Z) and surf(X, Y, Z) gave the same plot
X = zeros(M, N);
Y = zeros(M, N);
for k = 1:M
X(k, :) = k;
end
for k = 1:N
Y(:, k) = k;
end
[U, V, W] = surfnorm(Z);
quiver3(X, Y, Z, U, V, W);
but I simply got a "cylindrical" vector plot (seemingly as if the origin of the vectors are the same (center of cylinder)). I tried with different Z matrices but the quiver3 plot was always similar looking.
Am I understanding any of the functions wrong? Would really appreciate some help.
surf result: 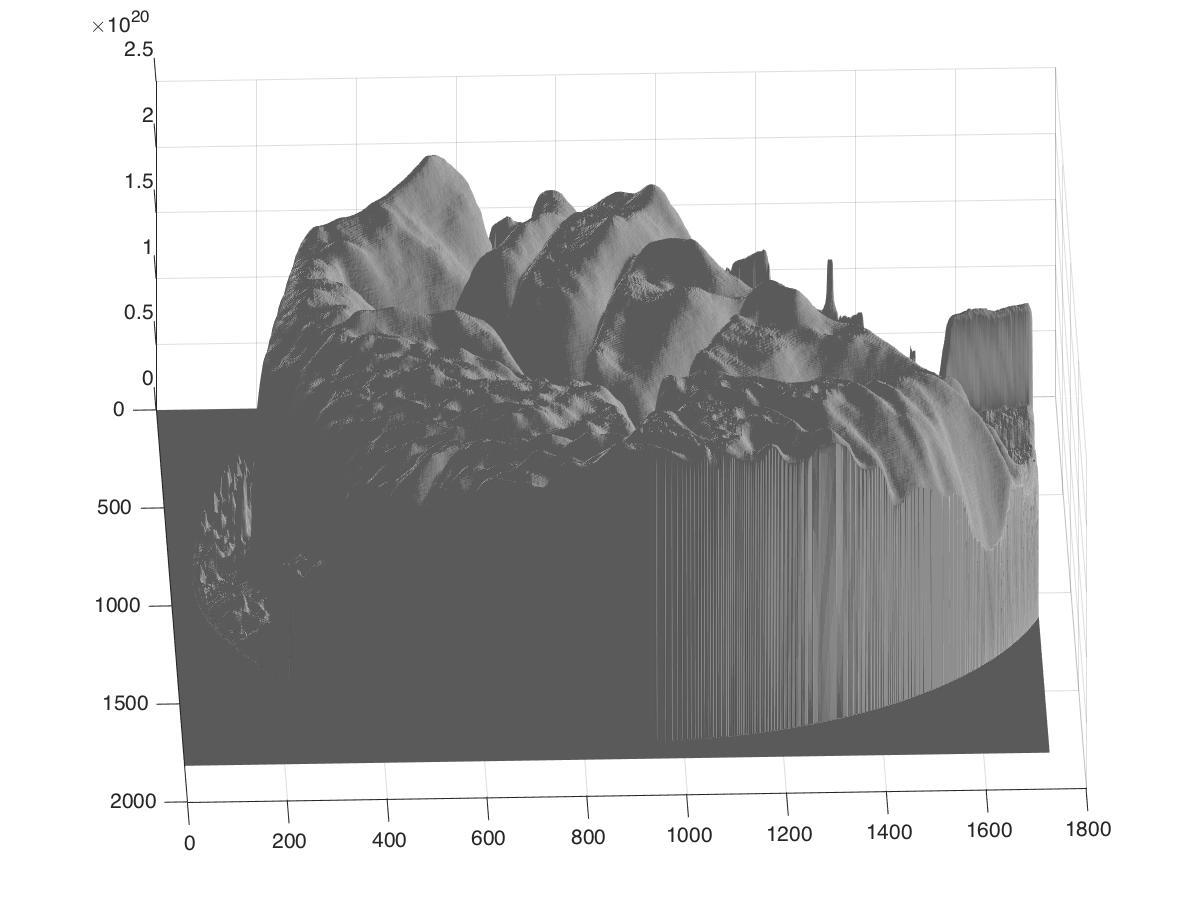 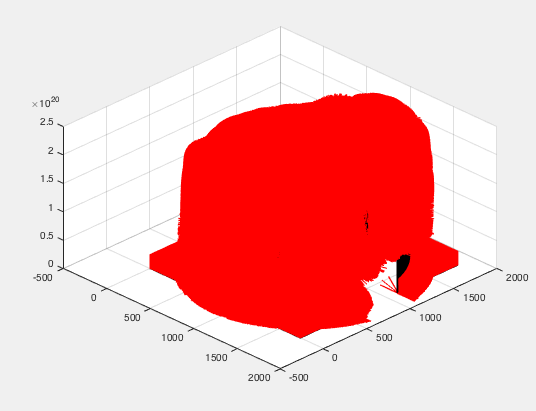 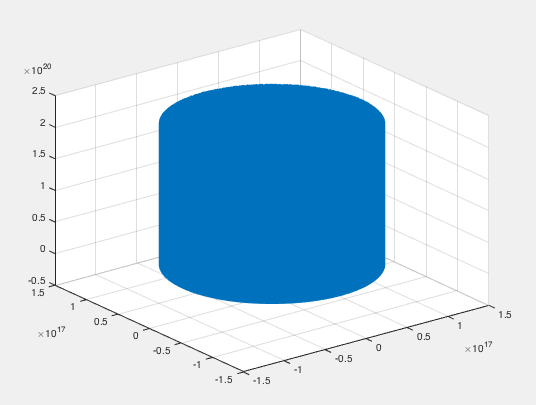 Rahul Kalampattel on 6 Mar 2017
⋮
Edited: Rahul Kalampattel on 6 Mar 2017
1. Use
[U,V,W] = surfnorm(X,Y,Z);
instead of
[U,V,W] = surfnorm(Z);
This will make sure that the quiver3 vectors are mapped to the right coordinates.
2. If you look at the last plot, the X/Y axes scales are 14 orders of magnitude larger than in your surf and surfnorm plots. The vectors from quiver3 are too long, which gives the illusion of a cylindrical plot. This might be fixed after step 1, but if not you can rescale them using
quiver3(X,Y,Z,U,V,W,0.5); % Half scale
3. If the two plots still aren't matching, this answer might help: https://au.mathworks.com/matlabcentral/answers/100252-why-do-the-surface-norms-calculated-by-surfnorm-and-quiver3-not-coincide-in-matlab-6-5-r13?s_tid=answers_rc1-1_p1_MLT

⋮
Hey, thanks for your answer. The issue here really was the scale (both surfnorm(Z) and surfnorm(X,Y,Z) returned the same values for the matrices U,V,W).
Did not notice until you pointed it out, but as the scale was many magnitudes larger, I set the scale in quiver3(x,y,z,u,v,w, scale) the same orders of magnitude smaller. Tried on a different image and its actually showing a proper figure now. I'll still need to figure about changing the color with the U,V,W direction to make it clearer though. Thanks.
surf result: 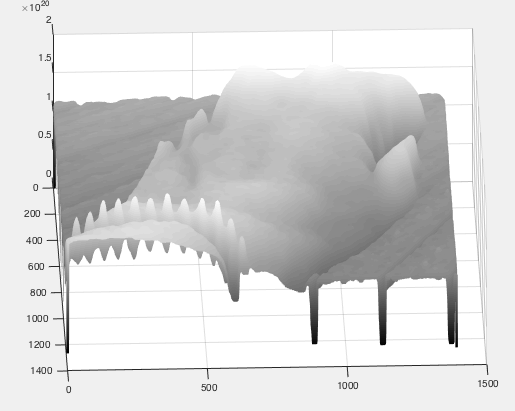 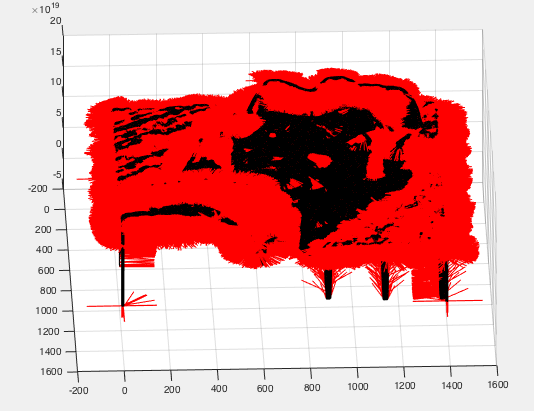 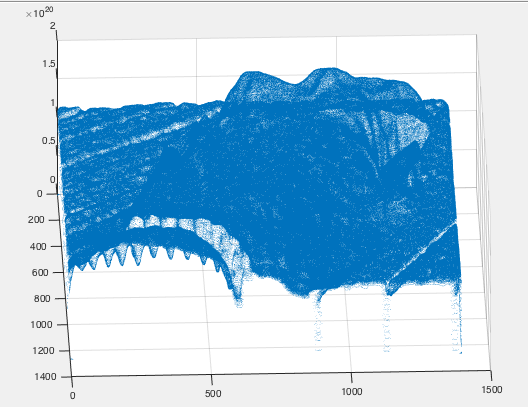 On another note, would you happen to know how the scaling is done in the quiver3 plot ? I had actually assumed that the size of the vector would be given by the values in my U, V and W matrices.. Also did not see any mention about the 'default' vector scale in the quiver3 documentation..

⋮
U,V and W do specify the lengths of each vector, but by default the result is autoscaled.
From the documentation, "The quiver3 function automatically scales the vectors to prevent overlapping based on the distance between them".
You can turn this off by setting the scale parameter to 0, but it might be a bit messy. 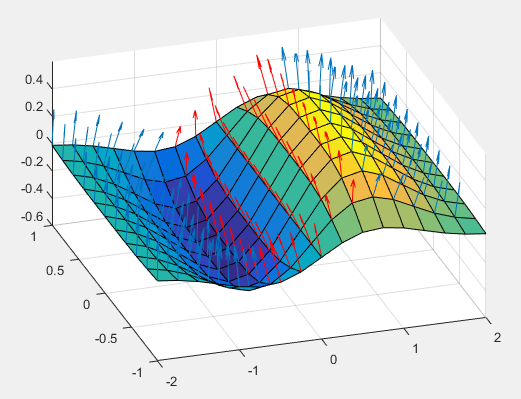 ⋮
Yes I saw the documentation as well. But since my vectors had a range of 0-1, I thought they would not have been upscaled, so I did not notice the magnification.
Regarding the colour, I was thinking more that the corresponding (u,v,w) vectors would give the (r,g,b) colours, since the range of (u,v,w) was 0-1. For now though, I have actually done away with the colour display since the vectors (after downscaling) are really small, and direction less clear. I'm actually now just working with the values instead.
By the way, thanks for the help!