How to colormap a scatter plot on a map?

Kamila Turczewski on 6 Aug 2019
⋮
Answered: Kojiro Saito on 7 Aug 2019
Accepted Answer: Kojiro Saito
I'm new to the mapping toolbox on MatLab and was having a hard time finding how to use color map/mapping.
Essentially, I have the coordinates for many different watersheds in the United States and also have the annual rainfall of each watershed. I want to have a map that simply plots each point of the watershed, however I want there to be a color map that shows/distinguishes where higher rainfall amounts were. How do I assign a value to a certain scatter point?
I put a picture of simply the watersheds mapped out. But I hope to have a color bar gradiant on the side so the points have differnt colors depending on the rainfall. 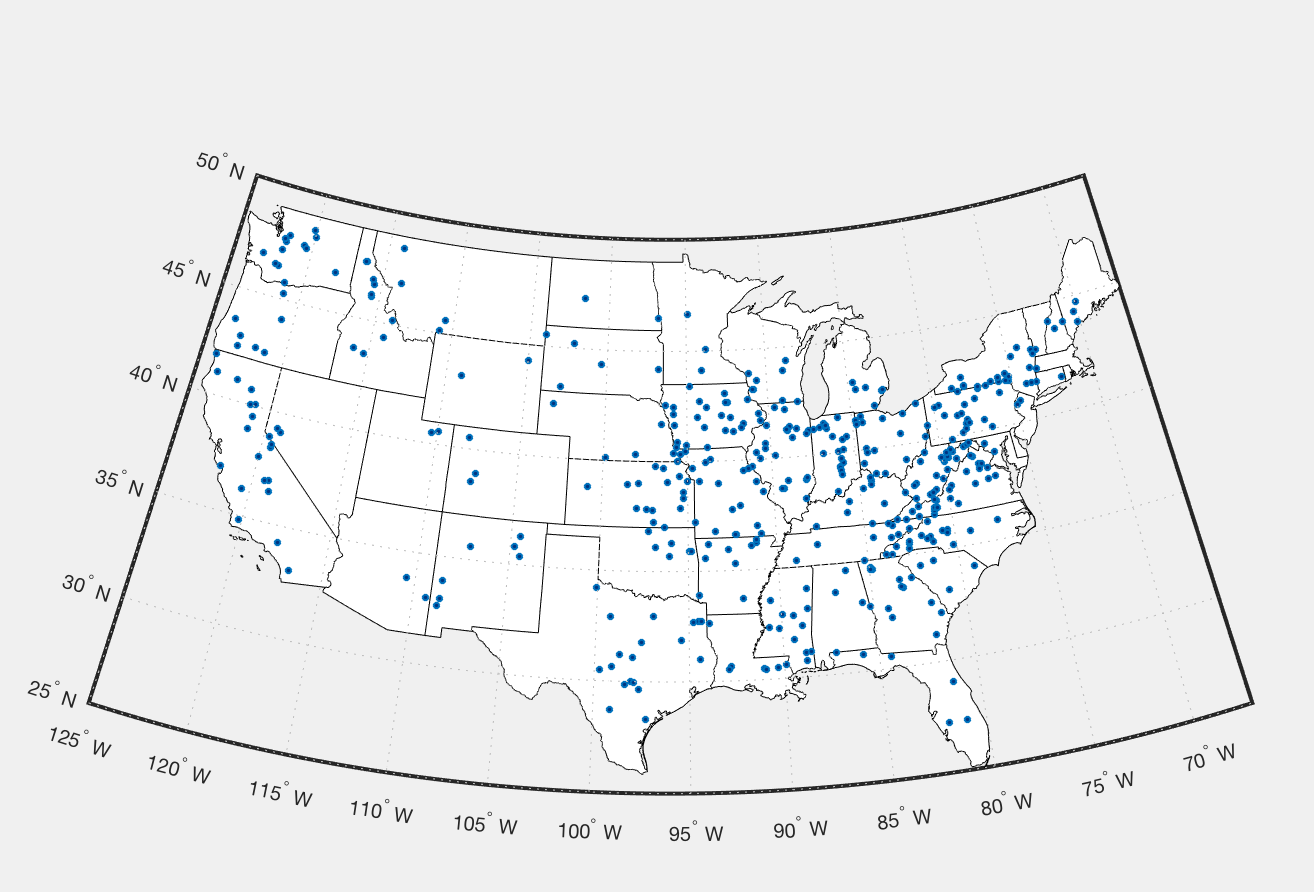 Kojiro Saito on 7 Aug 2019
⋮
You can control the color by specifying C value in scatterm or geoscatter. If you can share sample rainfall data, I can show a code in detail.