generating a 3d surface from from [x,y,z,c] matrix

Abdulelah Alswaiyd on 5 Jun 2020
⋮
Commented: Andreas Bernatzky on 15 Jun 2020
Dear all,
I have a dataset in a 8261x4 matrix where the first 3 columns represent x,y,z coordinate and the fourth column vlaues are ones as in the figure below: 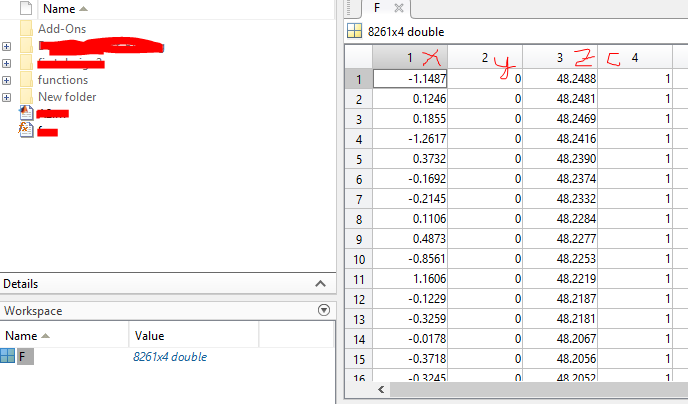 thses are sunrays hitting a rectangular surface. the ones represent the power per ray. I want to generate a surface like in the next figure (it is a 2d plot using x&z only): 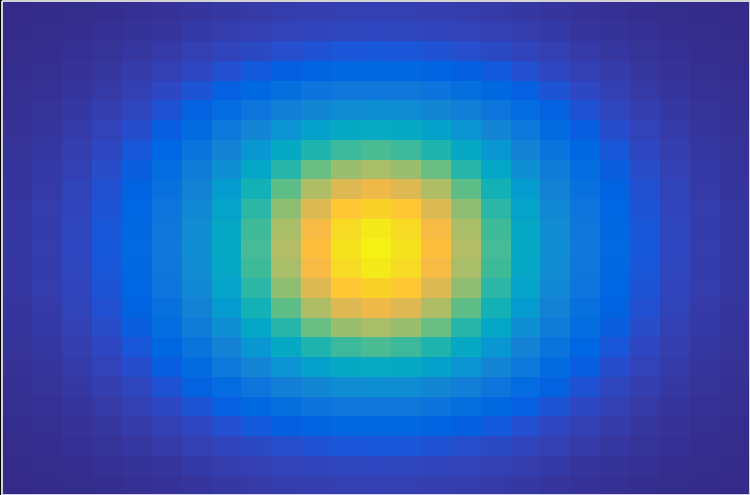 in the previous figure, the surface devidied by 25x25 (resolution) and the ones in the fourth column in the matrix were summed based on the grid resolution.
I include the y-axis because I have another data for tilted surfaces (3D), the end goal is to plot the flux map on multiple panels (shown in the figure below) and each panel will have a data like the martix I showed previously. 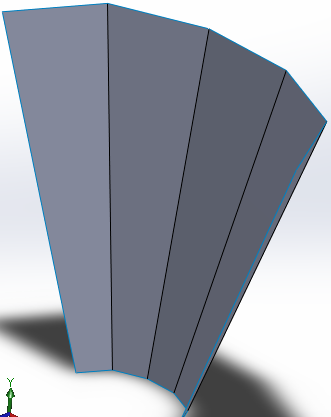 ⋮
here is the attached data.
Thank you

⋮
Edited: Abdulelah Alswaiyd on 8 Jun 2020
the density3d function is great, but it won't work for me if I want to view all the the five panels' results. the scatter3 didn't show the values (by color) of each area.
Thank you Andreas Bernatzky

⋮
Edited: Abdulelah Alswaiyd on 8 Jun 2020
you can see the full data for 5 vertical panels, I plotted it using the scatter3 function but I cannot tell how dense the data is in specific areas: 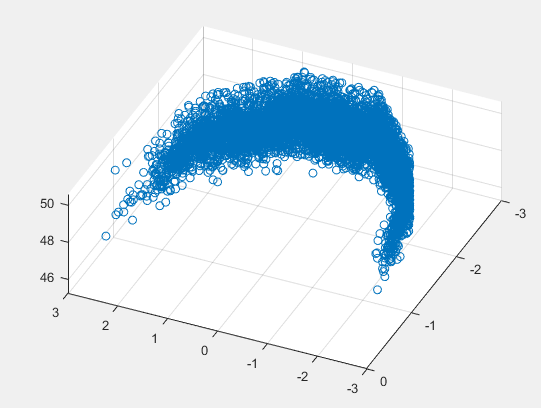 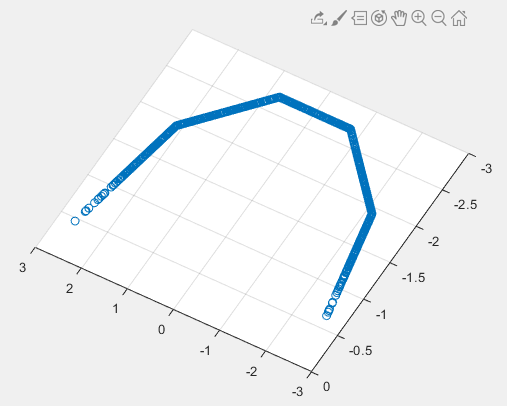 top view.
the data is attached.

⋮
Edited: Andreas Bernatzky on 15 Jun 2020
Hey Abduleah,
sorry for my late reply.
If you want to have the density actual as some numeric value for example Rays/Panel you calculate it by Thresholds and extracting correct x and y values. For example what I mean:
The panel in the mid on your isometric view reaches roughly from x: -0.8 to 0.8
easiest approach would be defining thresholds for each panel and find the amount of rays per panel by using the "find()" command.
Rough Exampel:
rayOnMidPanel = find(x>=-0.8 && x<= 0.8);

⋮
@darova
should also work yes. I have not thought about it.