Javier Cuadros on 28 Aug 2020
⋮
Edited: Stefanie Schwarz on 8 Sep 2020
Hello all,
I have been seeing some spooky effect in my simulations, I could have traced it to what I think is the importing of the time series into simulink. Let's me show what I do,
cfgNHT = wlanNonHTConfig;
cfgNHT.ChannelBandwidth = 'CBW10';
cfgNHT.PSDULength = psduLen;
cfgNHT.MCS = mcs;
%% Packet parameters
% Create random data; PSDULength is in bytes
savedState = rng(0); % Set random state
data = randi([0 1],cfgNHT.PSDULength*8*numPackets,1);
% Generate a multi-packet waveform
waveForm80211p = wlanWaveformGenerator(data,cfgNHT, 'NumPackets',100,'IdleTime',3.6e-3/10);
fs = wlanSampleRate(cfgNHT);
s = timeseries(txWaveform,1:length(txWaveform));
s.Time = s.Time/fs;
Something as shown below 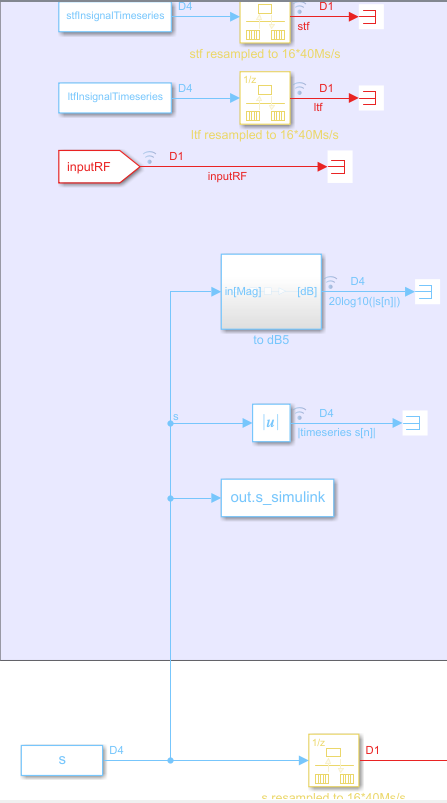 Then what I observe is that for certain 802.11p signals, its SFT are not looking as they supposed to look like, they look like this ( yellow signal) 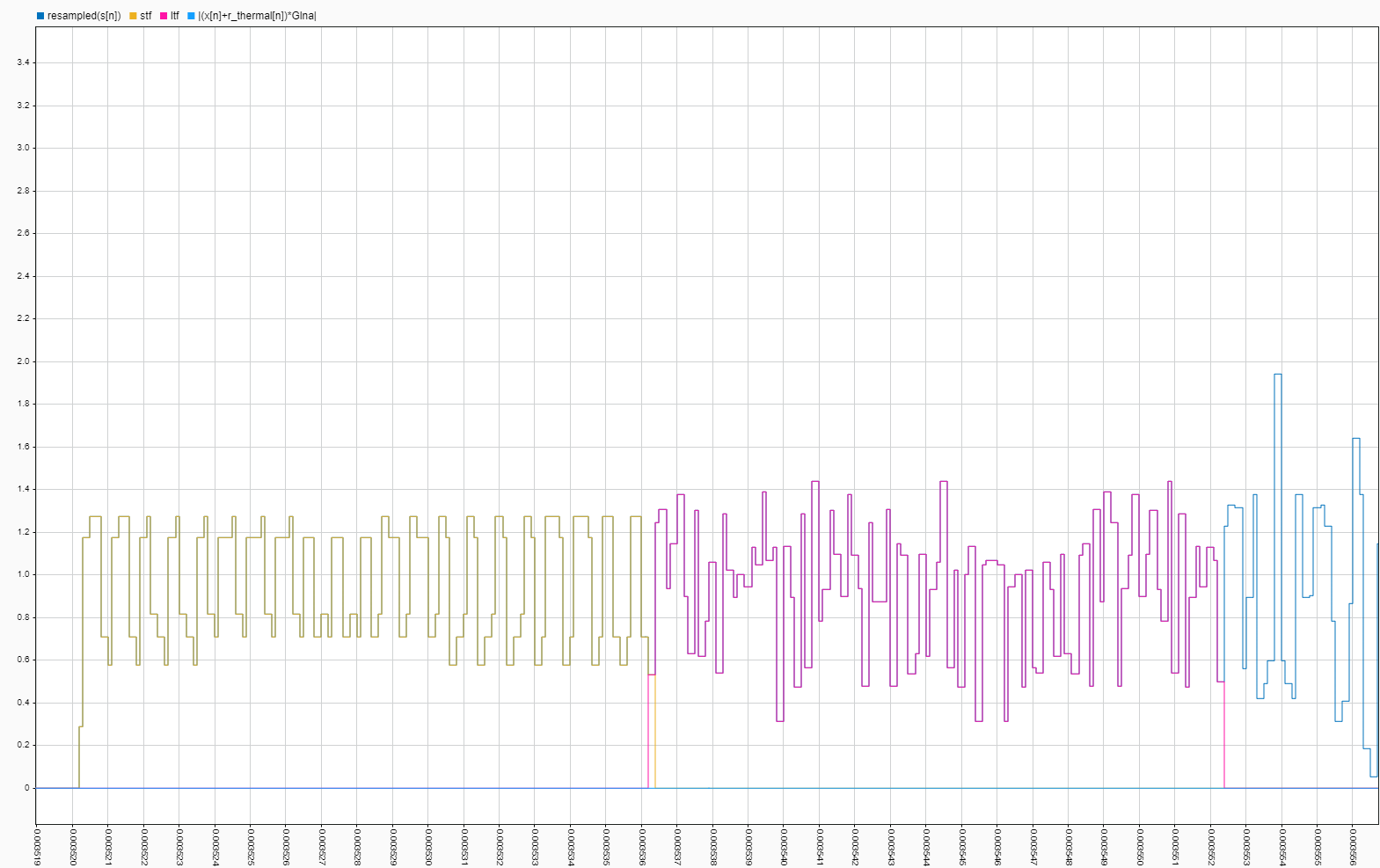 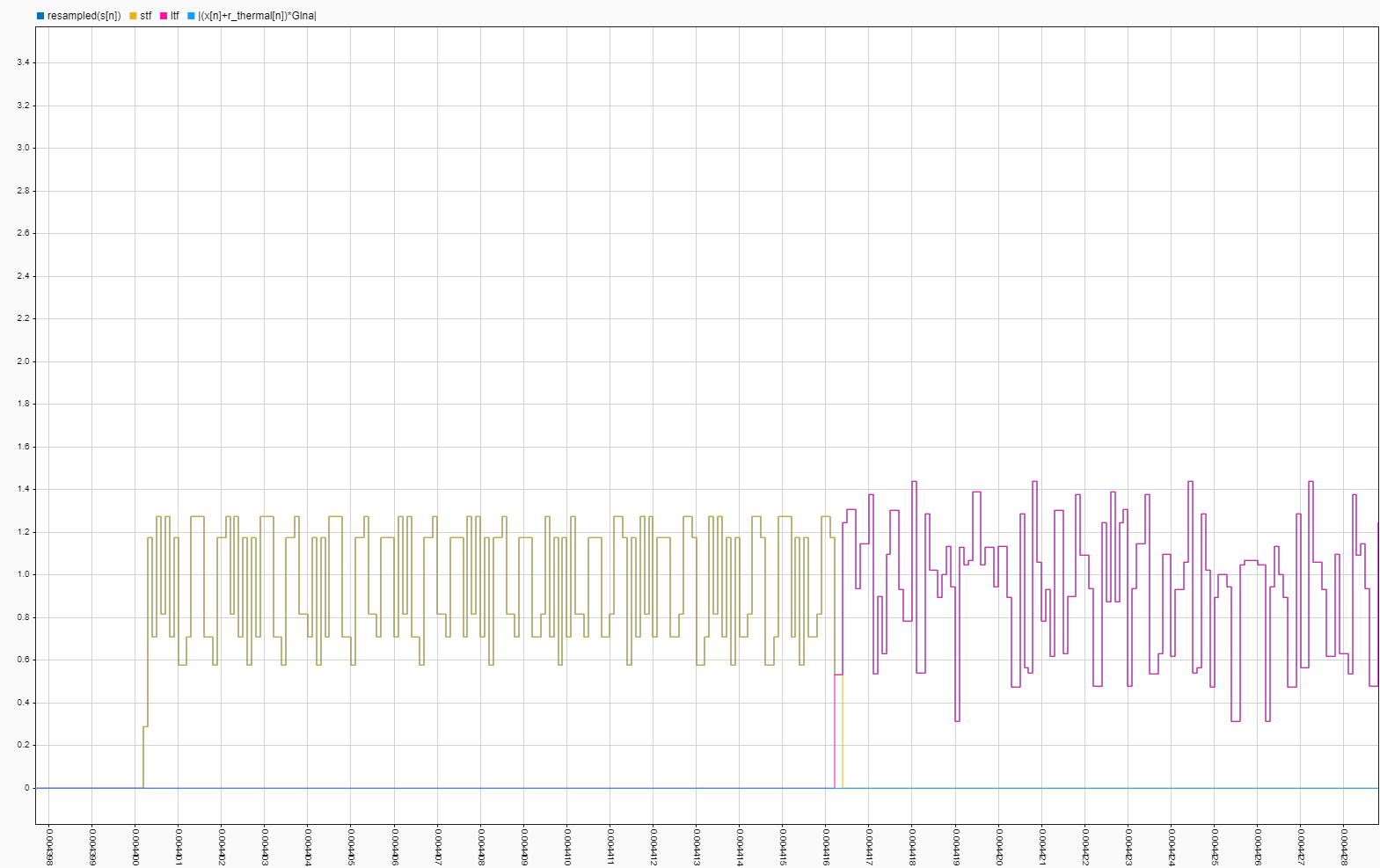 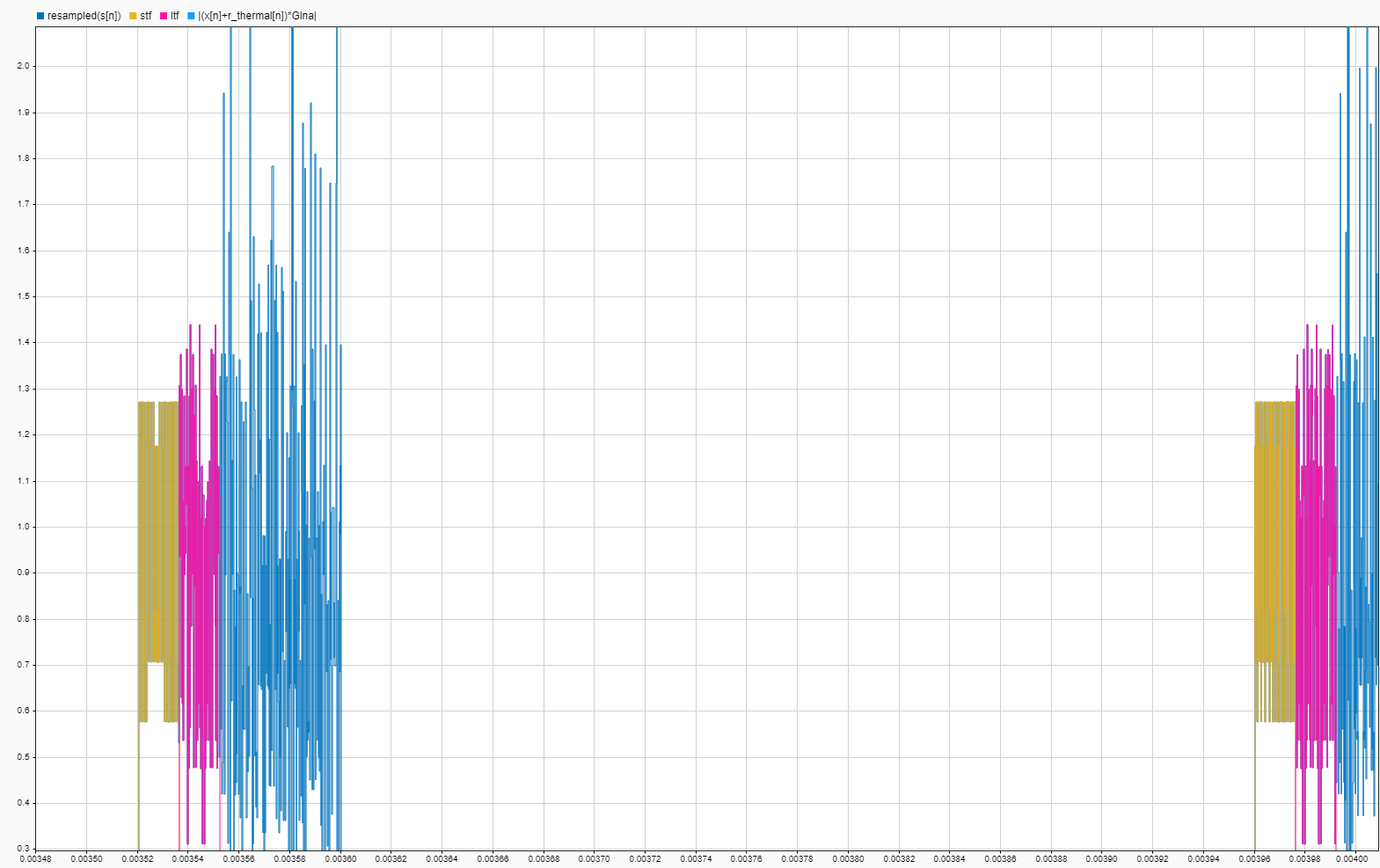 So it seems that sometimes the timeseries s is not properly either imported or re-sampled by simulink, since if I plot out.s_simulink I get this 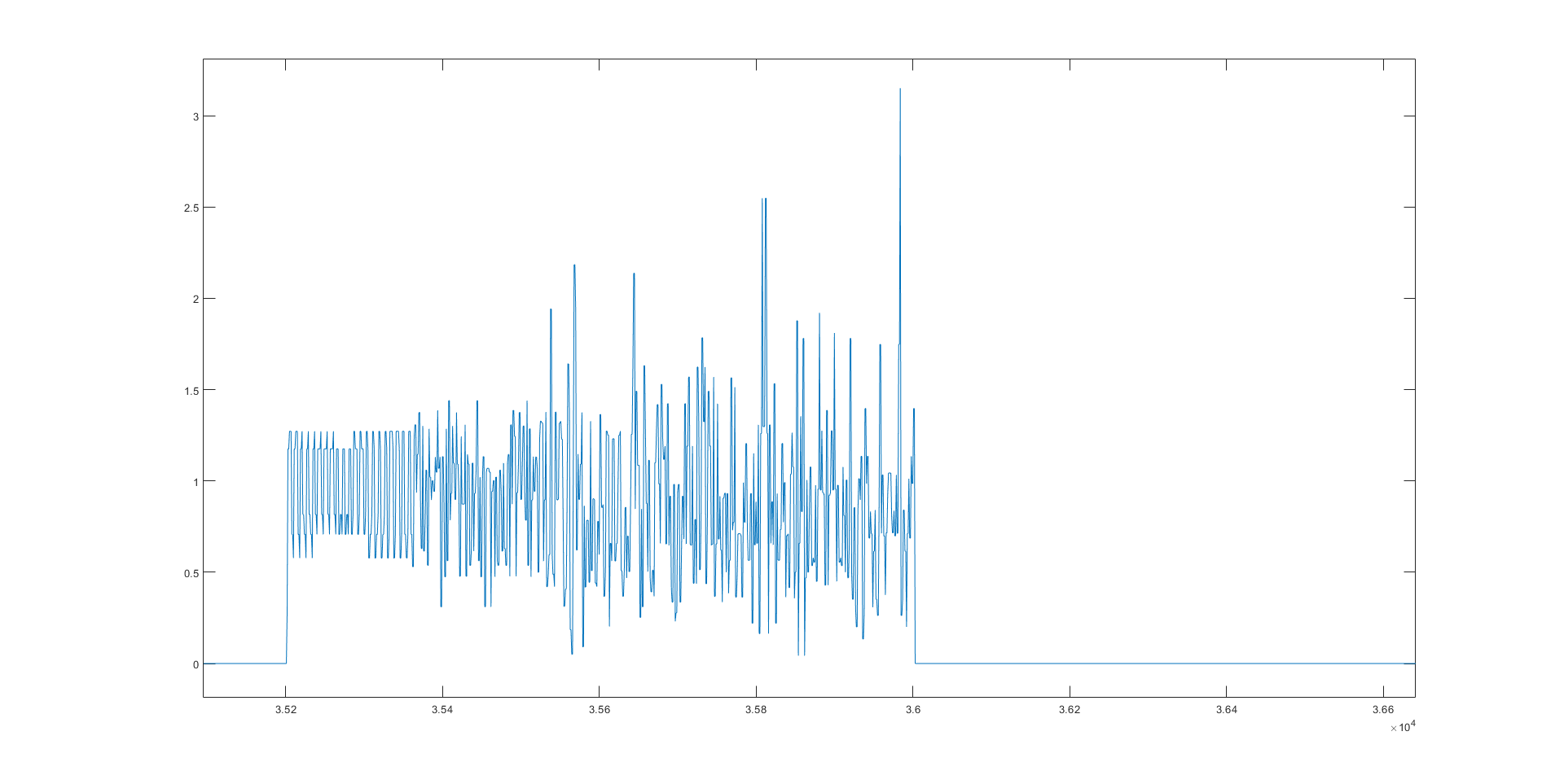 Any ideas why is this happening? Is a bug in Simulink when importing the timeseries to an different sampling rate model?

Stefanie Schwarz on 8 Sep 2020
⋮
Edited: Stefanie Schwarz on 8 Sep 2020
This is probably the result of the Interpolation settings in your From Workspace block. Please see the following MATLAB Answers post regarding why it looks like data is being lost when you disble interpolation:
https://uk.mathworks.com/matlabcentral/answers/93802-why-are-some-of-my-values-repeated-when-using-the-from-workspace-block-without-interpolation-in-simu