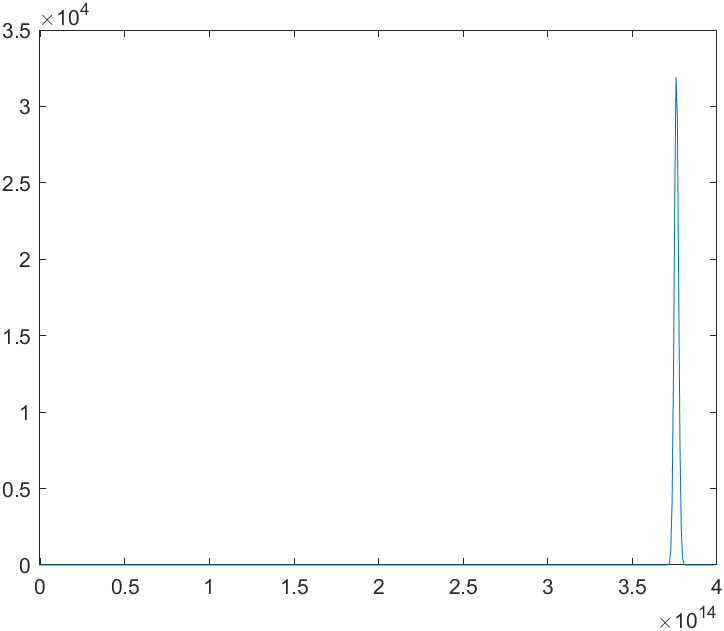 Thought the code above would make spike at 300THz frequency point since the function has a form of 300THz frequency.
But as you can see from the plot above it doesn't.
I suspect that this problem comes from the misunderstanding of defining frequency domain.
What am I missing? Please give me help.
And also Thank you for your kind comments in advance.

⋮
Dear Mohamad, thanks for the comment
But unfortunately code didn't solve the problem.
I post the plot result of your code. 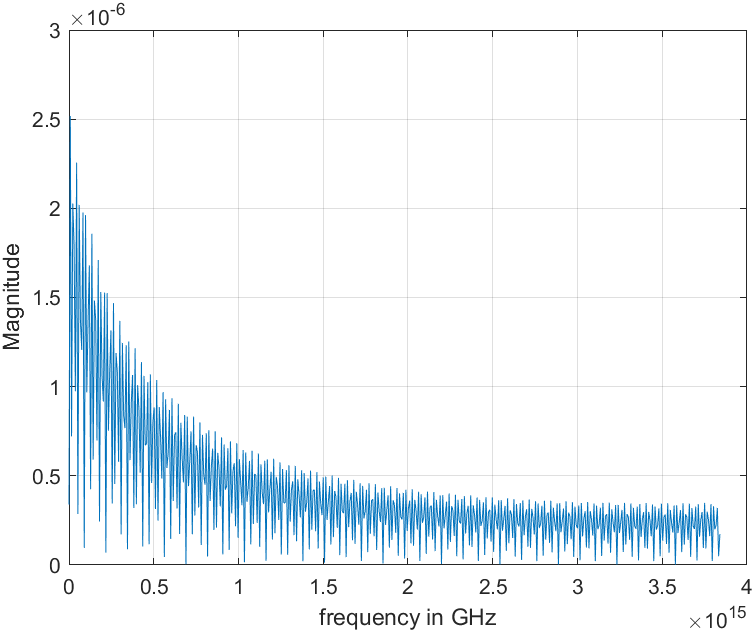 It doesn't show peak at the point of 300THz frequency.